Clean Or Messy? What Does A CIO’s Desk Say About Them? 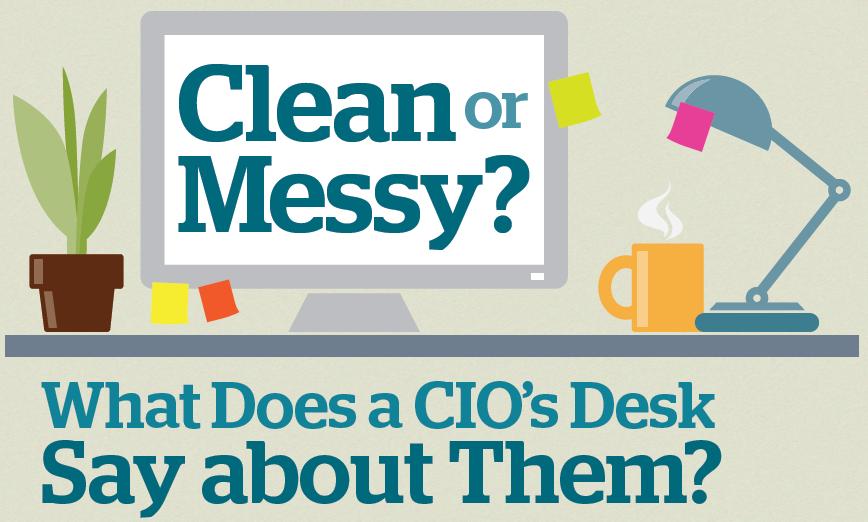 Much like your writing or your taste in art or furniture, your desk space too can say a lot about you, or at least your work mentality. According to a survey that looked into the performance of CIOs and their relative messiness of their work space, more importantly, their desk, quite a few things were revealed. For example, CIOs with cleaner, tidier desks found it easier to communicate to their companies the worth of IT, in comparison to CIOs with messy desks.

While 80% of all tidy CIOs almost always communicated with their company’s board members and other executives on a regular basis, only 48% in the messy desk category communicated that frequently.

While all may not pan out well for messy CIOs when it comes to communication with higher authority or as far as organization is concerned, when it does come to open mindedness, messy CIOs take the fore run. 59% of CIOs with messy desks invested in new emerging ideas, which may be a little off track and unconventional.

So whether you are a believer or not, there are some pretty amazing discoveries all thanks to the humble, tidy or untied, work desk. Now does this essentially mean that messy CIOs are more fun than their uptight competition?