A World Of Languages

Sometimes you can come across information that you just have to possess and one such piece of information is this infographic about languages. This great info graphic released by Mental Floss is a compilation of all the spoken languages in the world. The data compiled records the number of people speaking the language and compares it to other languages, which gives it a fun perspective. For example, we all know that Chinese (Mandrin) is the most popular language on earth, owing to the number of people speaking the language, but did you know that English does not been count as the second most popular language. If you compare sizes, you still have Spanish, Arabic and Hindi, that stands as close contenders for second place. 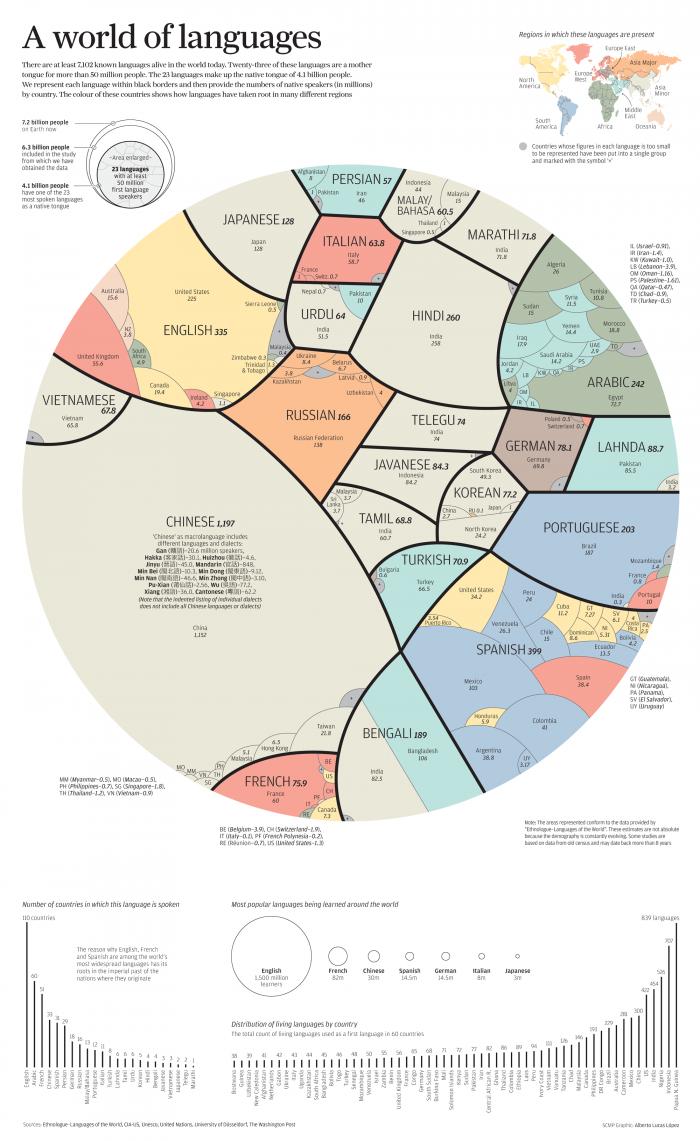