If you are into web languages or love little computer tech history like me, this infographic will make your day. It’s informative, colourful and most of all interactive. Made by the sweet people of Evolution of the Web, the infographic also has small icons that say when the version launched on the smartphone. My favourite is the growth of the Internet icon right at the top of the infographic that calculates how much the internet has grown and how much traffic has multiplied. Its not just in some plain numbers but it has small notes quantifying it to the distance between the earth and the moon. Now that is interaction at its best. 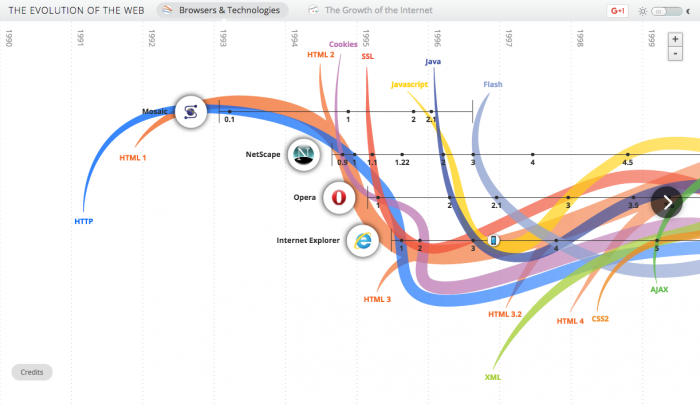